In order to use RunSignup, your browser must accept cookies. Otherwise, you will not be able to register for races or use other functionality of the website. However, your browser doesn't appear to allow cookies by default.

If you still see this message after clicking the link, then your browser settings are likely set to not allow cookies. Please try enabling cookies. You can find instructions at https://www.whatismybrowser.com/guides/how-to-enable-cookies/auto.

Tweet
The Oldest Sprint Triathlon in the U.S.
Countdown to Race Day
Events 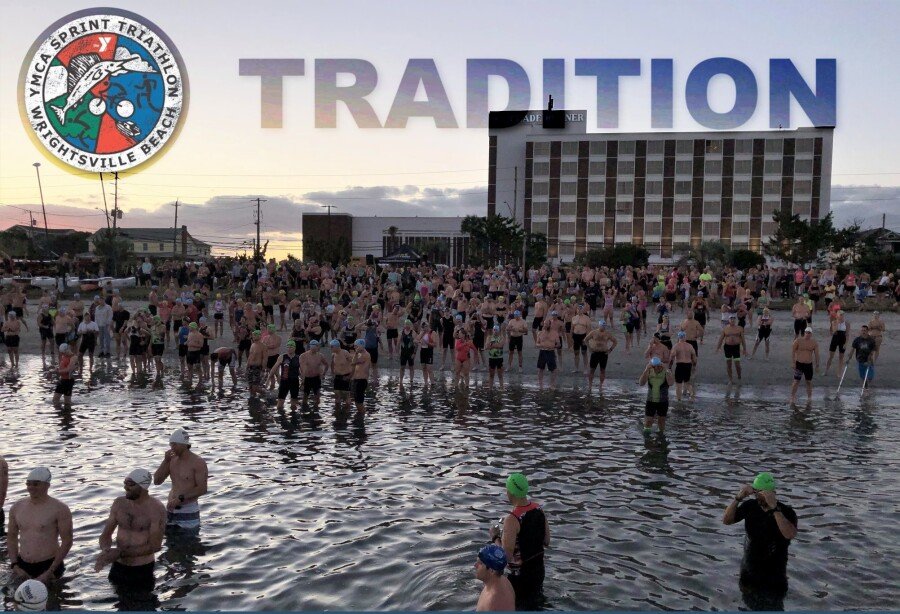 The Wilmington Family Ymca Wrightsville Beach triathlon first held in 1979 was the brainchild of Karl Sutter, then a resident of the beach. Karl was competitive  by nature and had been college swimmer , then a few years after college had taken up running to get back in shape.  While running one day he sprained his ankle and turned to cycling as an outlet for fitness while his injury healed. When reading Sports Illustrated in the spring of ‘79 he noticed a small article about the first Ironman triathlon with it’s 12 participants that was held in Hawaii the prior fall. Karl approached the Wilmington YMCA which was under the direction of Jack Morris at the time, and a new event for the area was born. This triathlon named the Pepsi/Ymca Triathlon would become the first and longest running triathlon on the east coast of the US with its start of 99 participants that September, 1979.

Each summer as the mid September event draws near the triathletes come in droves to Wrightsville Beach each morning. On just about any morning as the sun begins to shine at the beach all sorts of friend/family groups hit the waters and pavement in and around W Bch to ready themselves for the fun of doing the race. For some this race has become an annual family tradition while others dabble in the swim, bike, and running event to see just what it is all about. All triathlons draw the serious athletes who are very fast and take the sport seriously. This race is an event for all types of people and the reasons for participation vary so wide one could write a book.

Note:  The youth race starts as soon as the last swimmer in the Sprint triathlon exits the water.

Packet Pick-Up and Schedule of Events

If you have any questions about this race, click the button below.

Please complete the following survey to help us better understand your race experience.